Thirteen was a lucky number for those who attended this year’s SAPFM midyear conference at Old Sturbridge Village (OSV), Massachusetts.  This was SAPFM’s 13th annual midyear, and it was crammed full of furniture, facts, food, friends, and fun.

The opening appetizer was a bus trip to Historic Deerfield, an authentic 18th-Century village in the Connecticut Valley of Massachusetts. Deerfield’s president, Philip Zea, welcomed the group with a talk on “The Introduction of Neoclassical Design to Western Massachusetts Furniture.” His conclusion: “The ideas behind how [these pieces] were made and designed and used is what really matters.”

Then it was on to tours of four historic buildings and the spectacular Flynt Center, with 27,000 square feet of exhibits and visible storage areas. Despite some rain, “that was a good day” was heard often on the trip back to Old Sturbridge Village.

OSV is one of the oldest and largest living history museums in the country. It portrays life in a rural New England town in the 1830s, with close to 60 buildings and some 50,000 items in its collections. Two OSV experts kicked off events on Saturday. 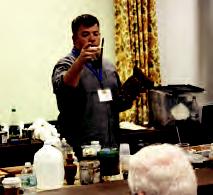 Christie Jackson, Senior Curator of Decorative Arts, explained that you didn’t have to go to Boston or Newport to find extraordinary cabinetmakers. There were many in the Sturbridge area, including the “very highly regarded” Nathan Lombard.

Derin Bray is co-curator of OSV’s new “Bucket Town” exhibition. The town of Hingham, south of Boston, got the nickname because coopers there turned out huge amounts of woodenware (what Bray called “The Tupperware of Colonial America”).  Later, they helped create the first and largest community of toymakers in America.

Next, it was time for one of the highlights of these mid-year gatherings: the rotating presentations.  Steve Latta, Steve Brown, and Tad Fallon gave two-hour seminars all day, allowing SAPFM members to catch all three. 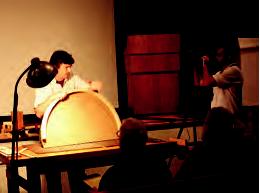 Steve Brown has taught cabinet- and furniture-making at the North Bennet Street School in Boston for the past 15 years. He shared what he’s learned from extensive research into dressing tables, or lowboys. His advice: when studying an old piece, “don’t start out with preconceived ideas” about how it was built.

Tad Fallon of Fallon and Wilkinson is a top restoration expert. He says there’s often a “love-hate relationship with period furniture-makers and finishing”, and he passed on a lot of useful tips to “try to demystify some of it.”

Steve Latta is well known to SAPFM members. He’s a professional cabinetmaker who also teaches at Thaddeus Stevens College of Technology in Lancaster, PA.  He spoke about card table construction techniques and embellishments. Members listened intently because, as Latta says, “Anything you figure out has been figured out the hard way.” (He adds, “When a repair involves a Sawzall, things have gone really, really south.”) 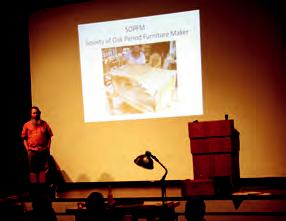 This would be a good time to point out that spouses were not forgotten.  On Saturday, they had the opportunity to enjoy a garden tour and a close-up look at the OSV quilt collection. Saturday evening saw another favorite: the members’ slide presentation, which wowed the audience.
But wait, as they say in TV commercials, there’s more!  The conference broke with tradition this year and had two more keynote speakers on Sunday.

Peter Follansbee makes reproductions from what he calls “the other period”: the 17th Century. He says “The most exciting part of this furniture is that you get to use an ax a lot.”

He adds that it “really speaks to me.  You look at the object and you can see the hand of the maker in it.” 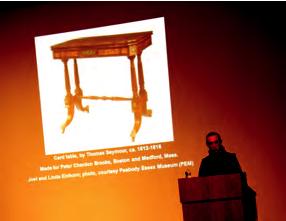 Robert Mussey is an expert in museum-quality furniture  conservation. He spoke about the Classical furniture of Isaac Vose of Boston. Mussey says while Vose was “lesser-known,” the pieces built in his shop were “some of the finest furniture ever made in any period in any city in America.”

The conference was officially over at this point, but some signed up for an optional, behind-the-scenes tour of the OSV’s furniture collection, most of which is in storage. Those who stuck around until Monday morning enjoyed another behind-the-scenes tour of Hartford’s Wadsworth Atheneum, which has an extensive collection of early American furniture. Some also enjoyed extra time with Steve Latta and Tad Fallon, who taught some hands-on classes at the Connecticut Valley School of Woodworking.
A lot of people headed home with heads filled to bursting with new ideas, new skills, and new appreciation for cabinetmakers past and present. Plans are already under way for SAPFM midyear #14. Knoxville, Tennessee, is being considered for the location. It’s not too early to start making plans to attend. 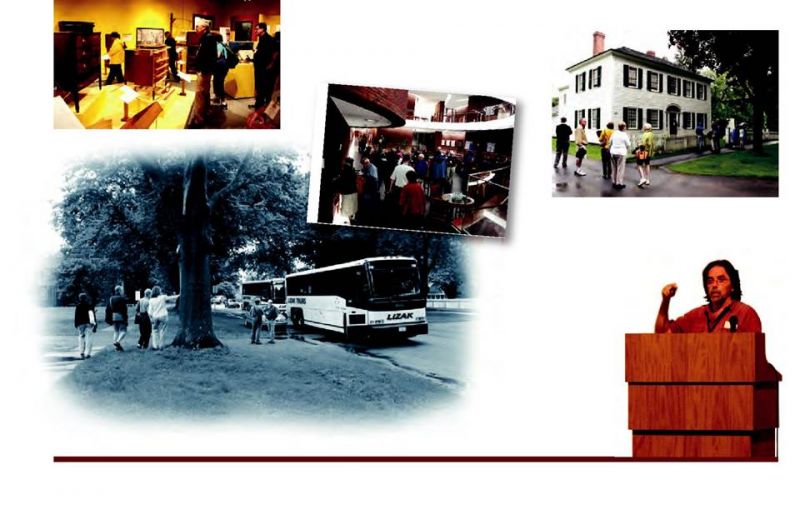